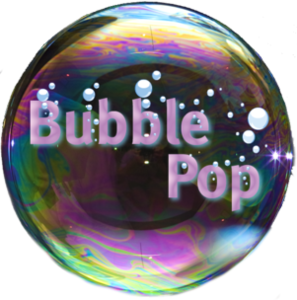 Where it all began

Many people ask me where it all began. So I thought I would write a blog to tell the story.

Back in 2013 I went on holiday in Salou, Spain for my birthday. We decided as a family to visit PortAventura, their local theme park. We had a wonder few days exploring all the different areas in the park, enjoying all the rides including the highest roller coaster in Europe!

Ones the Sun had set on our final night, staying in the park, we decided we wanted to see their amazing firework display! We had a bit of time to spare and so we went for a final wonder around the park. On our walk round we came across their bubble theatre, we had past by it before but we were always heading to the next big ride. As we had time to spare we decided to go in and have a look. My first thoughts before the show was that it was going to be a show for very little children but wow was I wrong!

The show was 25 minutes and the whole time I was so excited to see what the performer was going to do next! He was blowing bubbles inside bubbles, making bubbles the size of elephants and adding smoke to bubbles and making it blast into the sky. And to finish off he got a child from the audience and put him inside a giant bubble!

After the show we made are way to the firework display. On the way we didn't stop talking about how much we enjoyed the show. It then was first mentioned, 'Malcolm, why don't you learn to become a bubble performer?' My response was, 'I love the idea but where would I even begin!' After working on the ships my next ambition was to run my own business. I always wanted to be a magician but sadly I was never been good at magic. So when I saw this new idea I thought wow, maybe this is the business for me!

We enjoyed the fire works and the next day flew home.

The minute I got home I researched bubble performers. I found out that in the UK there was only a hand full of performers but all over the world there was quite a few. I loved the idea but working full time made it hard to start the project. A year later I was talking to a good friend, one of those 2am heart to heart chats, and I decided after my summer contract I would start to learn how to perform with bubbles. The adventure started in October 2014 by June 2015 I had a show and from there I started performing at birthday parties, in schools and I have even started to perform in theatres!

It was the best decision I ever made and I love performing with bubbles!